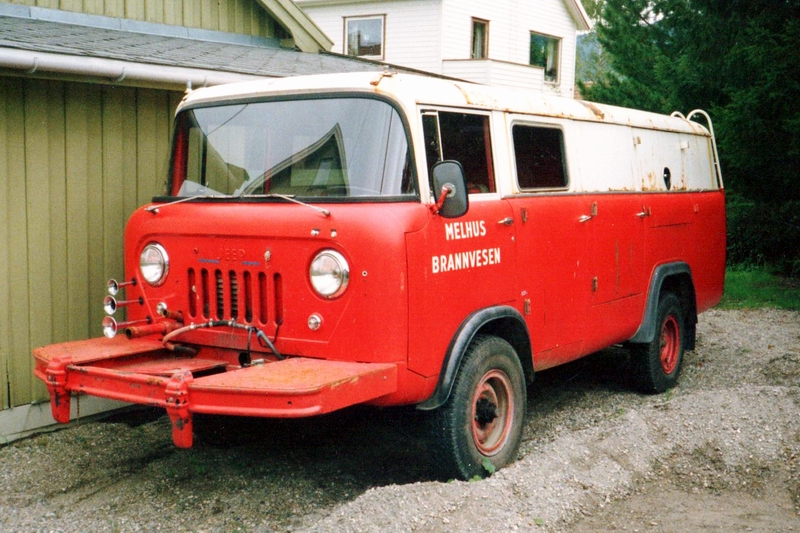 These pictures were taken in October of 2013 during a vintage Jeep jamboree in Norway.  Hans Kristian Holmen sent me these pictures of what may be the only FC-150’s registered in their country.  Also included in the grouping is a mystery FC of sorts.  Can you guess its origin?  Hans and his friends have some info, but nobody seems to know who built it and why.  It is professionally made, and the best guess is that it was made for Scania Vabis from Sweden around 1959 in order to attract some army contracts.  Rumors say that there were 5 in total, but information is sparse.  It is mechanically a FC 150 (designated FC 150 AM, sold as a stripped chassis) with all FC components intact, including the sought after T98 gearbox.  A “gotta see” video shows a truck very similar to this being run through the paces in town and on a off-road course somewhere in Sweden in1959.  What is real interesting is what’s in the background during this test drive.  Check out real close at the 1:23 mark & the 3:18 mark on the video.  Probably some of the only vintage video shown of the ever elusive Swedish FC-170 bus manufactured for the Swedish Air Force back in the day.  This is some really rare FC Jeep footage indeed.  If any more information becomes available on this mystery FC I’ll post it here.  Thank you so much Hans for bringing this rare vehicle and your Norwegian FC-150’s to our attention!