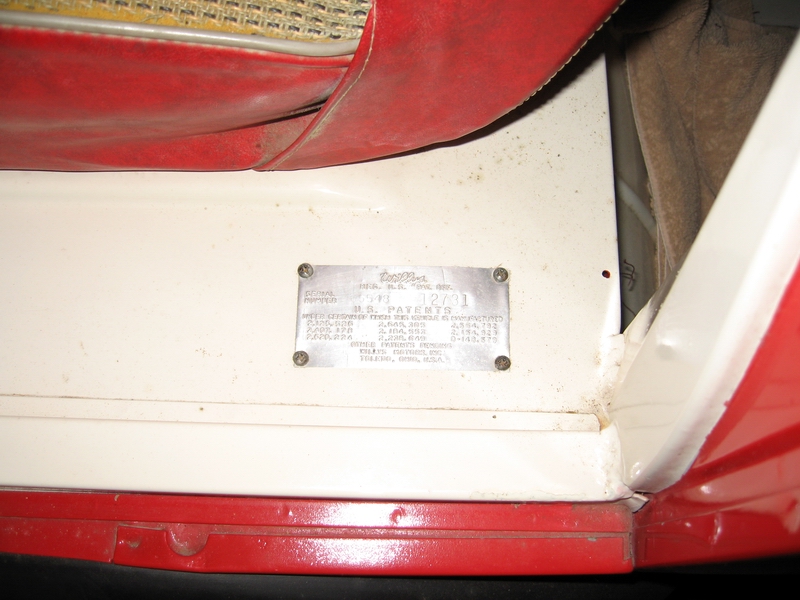 This is one of the most frequent questions I get regarding FC trucks.  "My tag is missing and I'm trying to find a VIN number on my truck."  The first place to look is in the cab in the two locations that I have posted.  If the plate is missing you most likely will see 4 holes where the tag was located.  The next place to check is the frame.  This can be a tough task because the bed covers the rear number and the front can be easily hidden from years of road dirt and sometimes the numbers can be real lightly stamped into the frame.  Most numbers can be found on the frame of your vehicle and the pictures above give you the approximate locations.  I haven't had much luck with early narrow-track frames but I would imagine that most all were stamped.  If anyone has any information to add to this please email me and I'll get it posted.  Also you can look up production numbers to find out what year your truck is.

Matt Hensarling contacted me regarding VIN numbers on Narrow-Track FC-150 frames.  He was preparing his FC-150's frame for paint and came across the VIN numbers in the same areas that were described on the later model FC-150's.  So it looks like the number location was consistent through the whole production run.  Many thanks Matt for the heads up on the early frames.